The recent Ontario Court of Appeal (ONCA) decision Bilotta v Booth is an excellent example of a case where greed got the better of a purchaser who tried to renegotiate the purchase price after a flood had caused damage to the property shortly before closing the transaction.

Nevertheless, the ONCA found that the purchasers’ refusal to close was not reasonable and not permitted under the Agreement of Purchase and Sale (APS). A clause in the APS (Paragraph 14 of the OREA APS) permitted the right to terminate only in the event the damage to the property was ‘substantial’, which was not the case here, as detailed by a report issued by the property insurer. A key consideration of the court was that the sellers had made a reasonable offer to the purchasers in light of the damage, namely to hold back $50,000 in trust to ease any concerns that the insurance proceeds payable to the purchasers would be inadequate to cover the costs of the repairs. The sellers also offered to extend the closing, at no cost to any party for one week to allow the purchasers time to conduct an inspection of their own. They further agreed to pay the cost of storing the purchasers’ belongings that would have been stored in the flooded basement.

The ONCA held that the purchasers repudiated the contract when they failed to accept the reasonable offer of the sellers and refused to close the deal on the proposed terms. As a consequence, the purchasers were required to compensate the sellers for court costs and the $100,000 loss the sellers suffered as a result of having to relist and resell the property one year later. The purchasers’ deposit was credited against the damages they had to pay.

The primary lesson to be learned from this decision is that the courts are in favour of fair and reasonable conduct of the parties.

If you require assistance with your real estate transaction and your rights and obligations,, contact Paria Katie Rad at 905-640-4242 or 905-668-4486 ext 230 or paria@durhamlawyer.ca or paria@yorkregionlawyer.ca

“This article is intended to inform. Its content does not constitute legal advice and should not be relied upon by readers as such. If you require legal assistance, please see a lawyer. Each case is unique and a lawyer with good training and sound judgment can provide you with advice tailored to your specific situation and needs.” 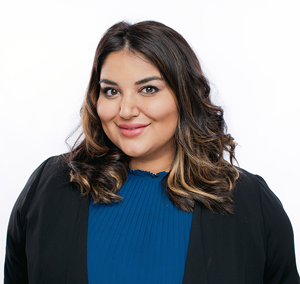