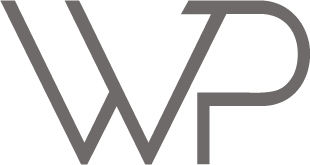 Born and raised in Whitby, Ontario, Mark attended McMaster University in 1991. Five days into his first year of study, Mark was severely injured in a frosh week accident that left him a quadriplegic, paralyzed from the chest down. After a year of physical rehabilitation, and with the tremendous support of his family, Mark returned to York University to study Economics, graduating with honours. Mark then attended Osgoode Hall, Canada’s oldest and most recognized law school.

After being called to the Bar in 2000, Mark started his practice in his hometown of Whitby. Mark has been a commentator about accessibility issues for newspapers, done numerous public presentations for buyers, sellers, realtors and mortgage brokers, and has appeared live on CTV News as an expert commentator for interest rates and real estate related matters.

Mark and his wife Amanda are actively involved in the community, supporting many local sports teams and countless charitable causes throughout the year. Annually, on behalf of Durham Region realtors and clients, Mark’s office supports St. Vincent’s kitchen to ensure those in need can enjoy free Christmas meals throughout December. Amanda and Mark are proud supporters of the military and have donated over 600 tickets to Canadian soldiers and their families for Blue Jays game to date.