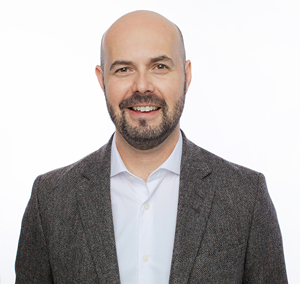 Mr. Polsinelli was called to the Bar in Ontario in 2001. He began practicing law in Vaughan focusing exclusively on residential and commercial real estate. His immersion in ‘all things real estate’ continued at Stewart Title Guaranty Company – where he managed title claims, legal and regulatory affairs and ultimately oversaw Stewart Title’s entire operation in Canada in the role of Senior Vice President. Marco joined Woitzik Polsinelli in 2016 to work with his good friend, Mark Woitzik. Marco is a partner emeritus at WP. He remains actively engaged and interested in current real estate industry issues, though he no longer practices law.

His experiences have made him an authority on current trends in the real estate closing process and he is recognized as a leader in this area. It is Marco’s view that with technology and the current regulatory environment, more change is coming in this space and he has helped to ensure that Woitzik Polsinelli, Barristers & Solicitors, remains at the leading edge of law firms in Ontario.

Marco grew up in Pickering and York Region. He has a keen interest in philanthropy and supporting great local causes. Marco has been a Director on the Foundation Board of Providence Healthcare in Scarborough. As well, Woitzik Polsinelli, Barristers and Solicitors has proudly supported numerous local charities in Durham Region, including Lakeridge Health Foundation.